Renew On Demand is a web based SasS software offering from the publicly traded Fortune 500, Service Source. My long-term engagement consisted of building out a front-end component library and implementing all the HTML/CSS for an updated look & feel that coincided with the launch of new and substantial functionality to an already large-scale interactive web application. The work required a high-level of detail as well as adherence to standards based markup as it would serve as reference for Service Source's larger offshore development team. Requirements dictated no third-party or open-source derivative of frameworks or code libraries with the only exception being jQuery and Highcharts. Page elements and components were namespaced and contextually classed within markup attributes providing consistent semantics between the JS and CSS portions of each component.  Several templates were also developed and then implemented in different contexts providing internal marketing and design teams with the ability to audit and test new functionality prior to release. 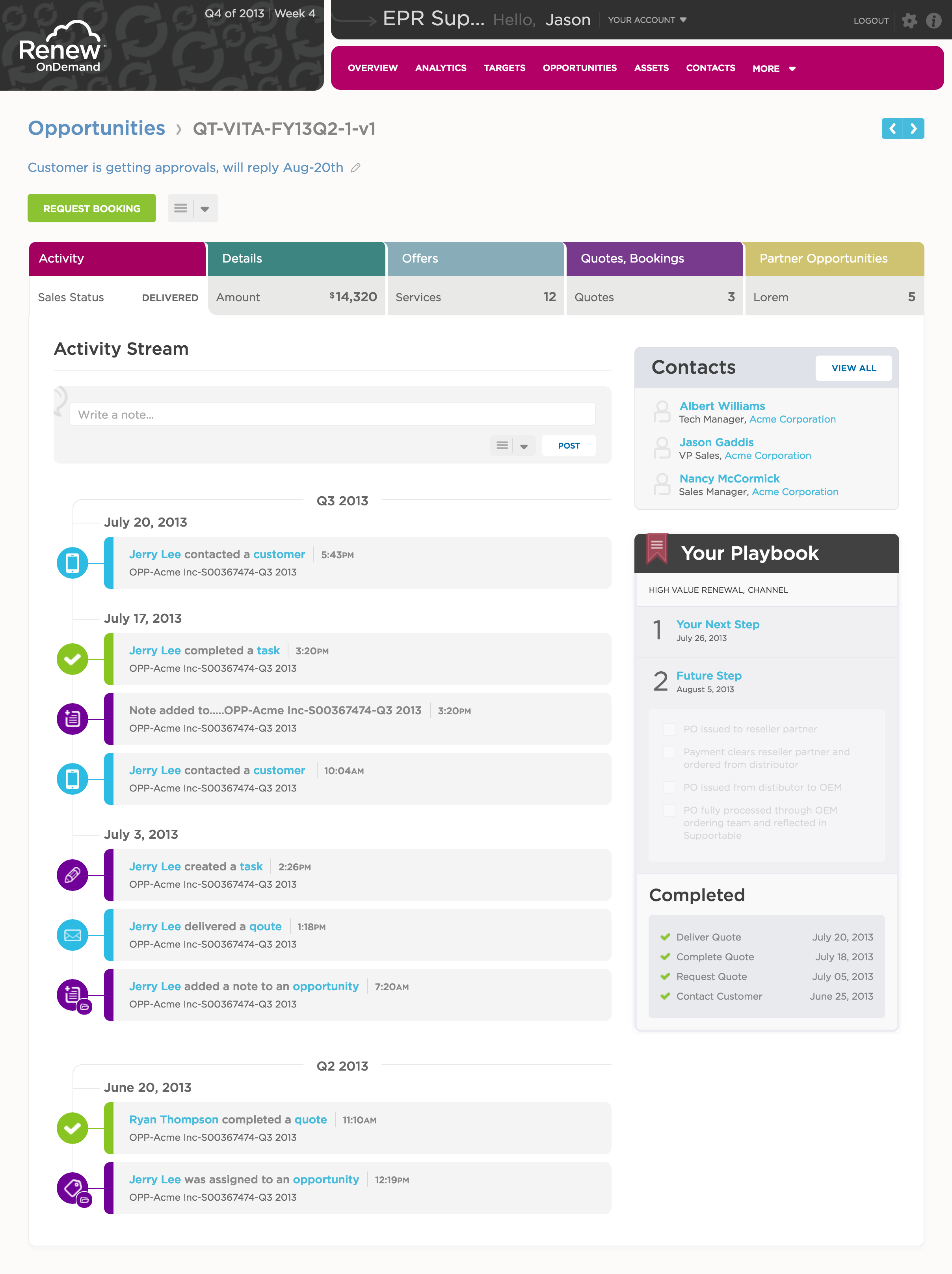